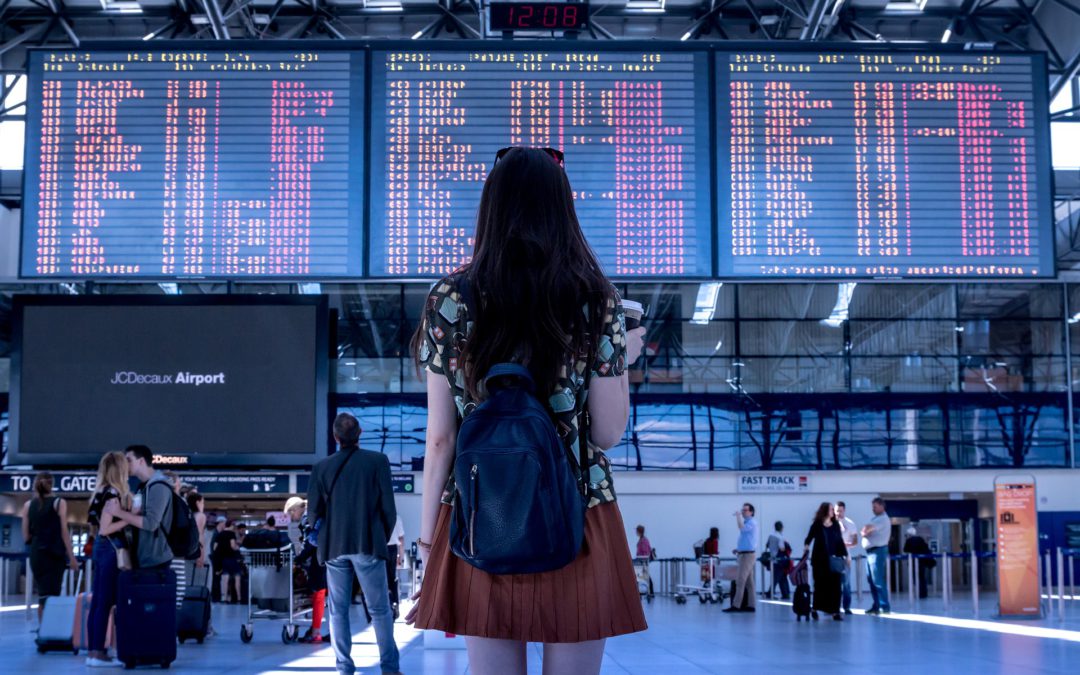 The airports on our planet need environmental psychology.  A lot. They’re packed with people who are stressed, for any number of reasons—some are concerned about making connections, for example, and others are nervous about flying, even if their flights are on schedule. Environmental design can make the lives of people in airports less stressful, and even more pleasant. The next paragraphs will look at examples in environmental psychology research that can be applied to designing airports.

These insights gathered from environmental psychology research show how airports can be designed as more pleasant places for employees and travelers to spend time.

1. Feeling safe and in control

Some seats in every waiting area should supply users with what’s known in the environmental psych biz as prospect and refuge (Heerwagen and Gregory, 2008). That means that the people sitting in them feel protected and have a view out over the nearby area, the way someone at the mouth of a cave on a hillside would.  Clearly, not all seats can be arranged so that people sitting in them find a wall (full height or shorter) or a plant or the tall back of a chair, or something similar, behind themselves. But when that can happen, the people seated are more likely to feel comfortable.  It’s alien and unpleasant for humans to sit with unprotected backs in the midst of a sea of people traveling to ticket counters, departure gates, and overpriced hot dogs.

Also, feeling that we have a reasonable amount of control over our environment is necessary for our psychological wellbeing, and it’s particularly important as at-airport waits continue (Leotti, Iyengar, and Ochsne, 2010). A reasonable level of control (Iyengar and Lepper, 2000) means that we can do things such as select from a variety of seats in assorted configurations, decide what sort of over-priced airport snacks we prefer, and choose where to recharge our stash of electronic devices, for example. Too many choices can be overpowering, so it’s best if those planning airports pare options down to the ones people are most likely to need/use—fifteen seating configurations are too many, six probably meet most travelers’ needs.

A range of space-use options also makes it more likely that people from different national cultures and with varying personalities feel comfortable in a space (Hofstede, Hofstede, and Minkov, 2010; Cain, 2012). For example, people from some cultures prefer to sit physically closer to each other and members of other cultures are more likely to be “at-a-distance-talkers”  (Gifford, 2014).  When an assortment of options is provided—if, for example, in a waiting area there are some seats that are relatively close to each other or that don’t have armrests between seatmates and other chairs that are farther apart or that have armrests—people from various cultures with different personalities can spend time together without amping up each others’ stress levels. Moveable seats, ones that are not bolted the floor, also allow culture- and personality-consistent configurations.  Seating options provided also must reflect the reality that humans come in a variety of heights and weights. Images from Arlanda airport in Stockholm – this aiport design example consists of a waiting area featuring lots of wood and pivoting, curved chairs.

3. Designing an airport that pleases the senses

Warm colored light is a good choice for airport, waiting areas, restaurants, etc., because it helps us relax and to get along with others (Wessolowski, Koenig, Schulte-Markwort, and Barkmann, 2014). Cool colored light can be good in some airport spaces, such as ticket counters, however, because it has been linked to enhanced concentration  (Weitbrecht, Barwolff, Lischke, and Junger, 2015).

Airport interiors are packed with travelers and airline/airport employees under pressure, so using stress-busting surface colors and finishes is a good idea. These colors are not very saturated but relatively bright (Valdez and Mehrabian, 1994); sage greens or dusty blues with lots of white mixed into them can help stress levels in check.  Time seems to pass more slowly in warm-colored spaces than cooler-colored ones (Baker and Cameron, 1996), so cool colors are better options for airport interiors.  Research by Fell indicates that seeing wood grain also helps us de-stress (Fell, 2010).  Using it in floors and other surfaces is a good bet, as long as it’s been harvested as a renewable resource and covers less than 45% of the available surface areas (Masuda and Yamamoto, 1988; Tsunetsugu, Miyazaki, and Sato, 2007).

Curves in at-airport forms and patterns are desirable because we find curved elements more calming and beautiful to view than more rectilinear ones (Dazkir and Reed, 2012; Vartanian, Navarrete, Chatterjee, Fich, Leder, Modrono, Nadal, Rostrup, and Skov, 2013). The point here relates to relative numbers of curve-y and straight lines in carpeting, upholstery, seat forms, etc.  A space that’s entirely curvilinear seems to be lifted from a kids’ cartoon, and one that’s entirely rectilinear brings horror movies, or falling into a machine, to mind.

Scents can be used strategically in airports. There is less littering, for example, in spaces that smell like cleaning products, for example (de Lange, Debets, Ruitenburg, and Holland, 2012).

Airports generally have windows that overlook the runways, and that’s a good thing. Natural light has been shown to boost our moods and enhance our cognitive performance, which can be handy when we’re working with a gate agent to rebook a flight (Boyce, Genter, and Howlette, 2003).

The views of nature that come through those windows may or may not provide the sorts of restorative views that de-stress us, ones with grasses and other vegetation, for example (Kaplan, 1995). When outdoor plants aren’t available to combat traveler tension, indoor ones can help keep stress levels in check (Lohr, Pearson-Mims, and Goodwin, 1996).  Green and leafy plants are best and a select group will suffice if they’re positioned so that a few are visible at any one time to anyone looking through the space (Larsen, Adams, Beal, Kweon, and Tyler, 1998).

4. Ease of navigating and movement

Wayfinding signage that tells us what we need to know, via words/images/graphics we understand, leads to more positive traveling experiences (Mollerup, 2013). Sign design has been extensively studied by cognitive scientists, and they’ve learned a lot about how signs should communicate.  For example, adding people to signs, and showing them in motion/active, makes content easier to understand (Cian, Krishna, and Elder, 2015).

Gently curving hallways are a good idea in airports, they encourage us to keep walking (Joye, 2007).

People waiting need information; if they don’t get it their moods degrade with eacpassing, uniformed tick of the clock (Ledbetter, Mohamed-Ameen, Oglesby, and Boyce, 2013). Ideally information boards are distributed throughout a waiting area so that people can read flight related updates without either momentarily abandoning their possessions and racing to an information board or packing up all their possessions and toddling off in search of the info they require. 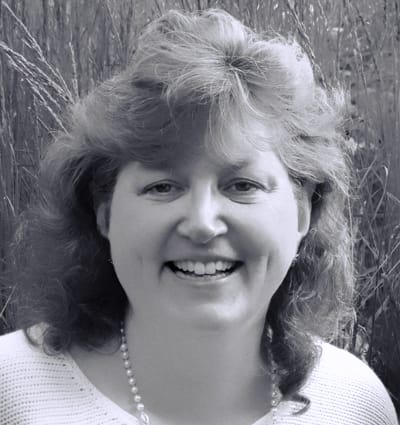 Sally Augustin, PhD, is a practicing environmental psychologist, an internationally recognized expert on person-centered design, and publisher and editor of Research Design Connections.  She has extensive experience using rigorous protocols to integrate insights from environmental/design psychology, other social/physical sciences, and project specific research to develop places, objects, and services that support desired experiences.