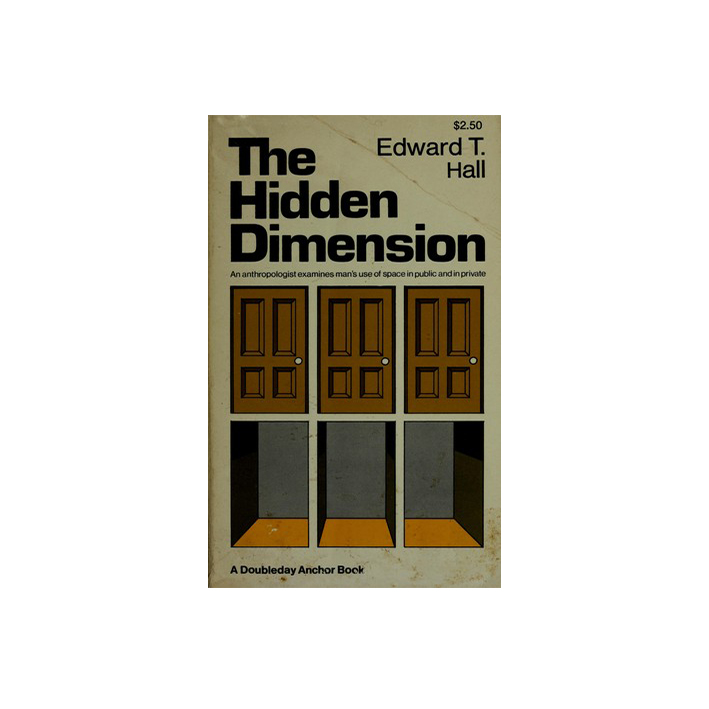 People like to keep certain distances between themselves and other people or things. And this invisible bubble of space that constitutes each person’s “territory” is one of the key dimensions of modern society. Edward T. Hall, the author of The Silent Language, introduced the science of proxemics to demonstrate how man’s use of space can affect personal and business relations, cross-cultural interactions, architecture, city planning, and urban renewal.

”One of the few extraordinary books about mankind’s future which should be read by every thoughtful person.” —Chicago Tribune

3. Crowding and social behaviour in animals

4. The perception of Space:  Distance receptors- eyes, ears, and nose.

7. Art as a clue to perception

8. The language of space

9. The anthropology of space: An organization model

11. Proxemics in a Cross-cultural Context: Germans, English and French.

12. Proxemics in a cross-cultural context: Japan and the Arab world.

14. The proxemics and future of man